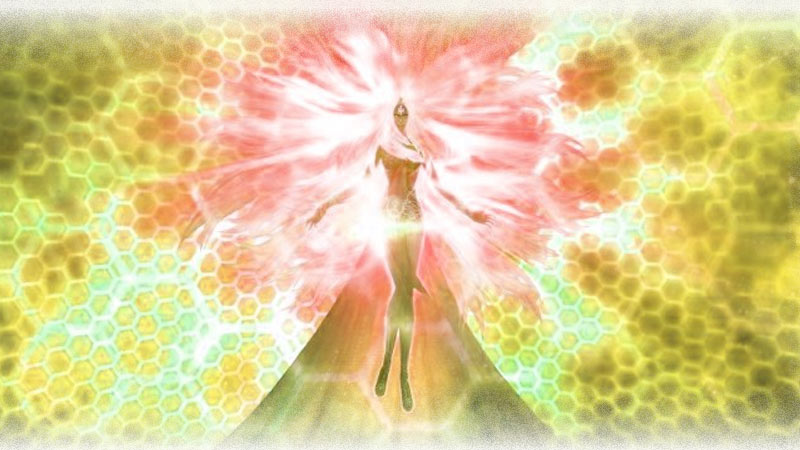 What is Spirit Release?


Spirit Release is the freeing of people, land and buildings from attached or semi-attached earthbound spirits, negative entities and negative thought forms e.g. psychic attacks. Spirit release not only cares for the person or the land, it also has compassion for the spirit. Earthbound spirits are helped into the light and negative entities are either sent back from where they came or put into the custody of the angels, or Light Beings.

What are earthbound spirits?


Earthbound spirits are people who have died, but not gone to the Light / Other Side at death; in other words they are stuck on the earth plane. There are many reasons for becoming stuck – some of which are suicide, not wanting to leave a loved one, wanting revenge on a living person, feeling guilty due to a real or imagined wrong-doing, being convinced that there is not an afterlife, sudden death resulting in the person not being aware that they are dead. These stuck spirits often feel lost and/or afraid and attach themselves to a living person or the house where they used to live. They can cause numerous problems, some through malice and some by just being there. Sometimes large numbers of stuck spirits attach themselves to the same person, piece of land or building.

Earthbound spirits can be found in large numbers on old battlefields and mass burial pits. If you live near or on top of one of them, you may be troubled by these spirits.

What are negative entities?


Negative entities are nasty and dangerous spirits who have never been human. They are not bad human spirits, but bad non-human spirits. They originate from the lower planes, other planets and alternative realities. When attached to people or properties, they can cause many unpleasant problems.

What are negative thought forms?


Negative thought forms are negative energies, which have been man-made; that is made from someone’s thoughts. When they get strong enough they can act as if they are an independent being. They are a bit like a negative atmosphere. They tend to get attached to land or buildings.


There are many people today practicing Spirit Release in the West. There are psychiatrists, psychotherapists, mediums, psychics and other therapists employed in this work. The psychiatrists and psychotherapists usually use hypnosis; that is, they hypnotise the client and then ask the spirit to speak through the client. With this method, it is only possible to help people who are not too young, are of sound mind and who are able to get to the practitioner’s clinic. The mediums on the other hand, tune into the situation and deal with the spirits with the help of their guides. Thus mediums can help babies, mentally handicapped people, land and buildings, and they can often do it from a distance.

After removing the energies from a person, I will fill them with light and put protection around them, with the help of the Light Beings, to keep them safe from more attachments.  I teach the person how to protect him or herself. After removing spirits from land and buildings, I invite back the devic kingdom – angels and the elemental spirits – and thus the place becomes full of, and vibrating with, positive energy. This positive energy grows with time. Places that used to drain you or terrify you can be turned into places that feel safe and fill you with energy and enthusiasm.

How do people pick up spirits?

How do I protect myself from picking up spirits?

Wayne has found that one of the best methods of protection is to put energy into feeling loved yourself. He has found that when you feel loved, your energy field gives out love and this results in stuck spirits being released into the light. Negative entities will not come near you and if already with you, they will leave immediately. However if you are suffering from attached negative entities, you probably won’t be able to feel loved, so will need a Spirit Release practitioner to get rid of the negative entities first.

What are some of the symptoms of having a spirit attached to you?


Feeling tired for no reason. Other people complaining that they feel tired when they are with you. Getting odd aches and pains; which have no rational explanation. Hearing voices that tell you to do bad things, or things that you don’t want to do. Behaving totally out of character. Having unexpected mood swings. You look in the mirror and seem to be looking at someone else not yourself. Feeling that some unknown person is controlling your life, rather than yourself. Having the symptoms of a serious illness, but no doctor can find anything wrong with you. Crying for no reason. People who know you well, tell you that you have completely changed and are no longer the person you used to be. Feeling sad when there is nothing to be sad about. Feeling as if you are in an odd state of consciousness. Having irrational fears or panic attacks for no reason.

However it must be realised that all of these symptoms can have other causes and may not in any way be connected to an attached spirit.

How to recognise when someone else has an attached spirit


This requires a certain amount of practice and getting it wrong could be upsetting for the person concerned. However there are 3 signs which with practice can be fairly accurate.

Please bear in mind that with all 3 of the above points, there could be another explanation which is not connected to spirit attachment, this is why to be sure you need to have had some practice (or have a professionally trained practitioner) in this area.

Symptoms not caused by a spirit attachment


On some occasion, people have complained that they have a spirit attachment which is moving parts of their body without their consent. From my experience, although these people may have had spirits attached, these spirits were not causing their moving body parts. If you have this problem and are worried about it, he suggests that you visit your doctor. If he is unable to help you, then you may find a qualified nutritionist helpful. However visiting a Spirit Release practitioner is unlikely to bring an end to this problem. Being a 100% sure that your problem is cause by a spirit does not necessarily mean that you are correct. There are situations that warrant a release and this may be assessed with a consultation with Wayne.

Releasing earthbound spirits from a person is fairly straight forward and can be done in a 1-1.5½ hour session with Wayne. The session will also include techniques to help you to protect yourself from future attachments. You are generally only likely to need one session. There are some instances which may require a follow up session at a later time.

Costs : Varies according to location / travel.

Removing negative entities and / or curses / or psychic attack from a person is a far more complicated procedure and is likely to take somewhere between 1 to 2 hours. Subsequent sessions are usually shorter. Though sometimes one session is all you need.

Whereas having attached or semi-attached earthbound spirits is quite common, being possessed by negative entities is not. Many people have a tendency to look outside of themselves for a reason for their life not working. They blame their psychological problems on attached negative spirits.

Likely results from a Spirit Release session
If you have had earthbound spirits removed from your energy field, then you are likely to feel lighter in yourself, with more energy and enthusiasm for life. Symptoms, which were caused by these spirits, will be gone or will slowly fade away over the next few days.

If you have had negative entities removed from your energy field you are likely to notice an immediate effect. You will feel different, like your old self, your energy and optimism for life will have returned. This feeling of well-being will increase over the next few days and weeks. You will know that something subtle has changed and that your life is now going to be far more successful and happy. The positive changes in your physical life will become very obvious. In some cases results seem nothing short of miraculous.

However if you have been insisting that your psychological problems are caused by spirit attachment, then removing any spirits who are attached to you may not have any noticeable effect.

Wayne finds that people who are more open as to the cause of their problems usually have more noticeable results that those who are totally convinced that their problems are caused by spirits and are closed to any other explanation.

Please note that some of your symptoms may only leave you after a Spirit Release session, if they are caused by a spirit or negative entity. Please note that in some cases, there are many layers to this form of healing and that one session may not be enough.

Please also realise that as this sort of healing work is unique, it is not to be rushed. It is therefore not recommended that you have this sort of treatment say at ‘lunch time’ or before you need to rush off somewhere. It is also imperative to do this sort of Release in a controlled and QUIET environment.  People moving about, talking, emotional outbursts by other people, noise from TV etc will affect the work.

After such a healing, please also take some time out for yourself. Relax. Have a quiet time. Eat lightly, drink lots of water. Rest early. One may feel out of balance for a few days. This is normal. As you have in someways, just had some energies removed. Its like having surgery though on a spiritual plane.